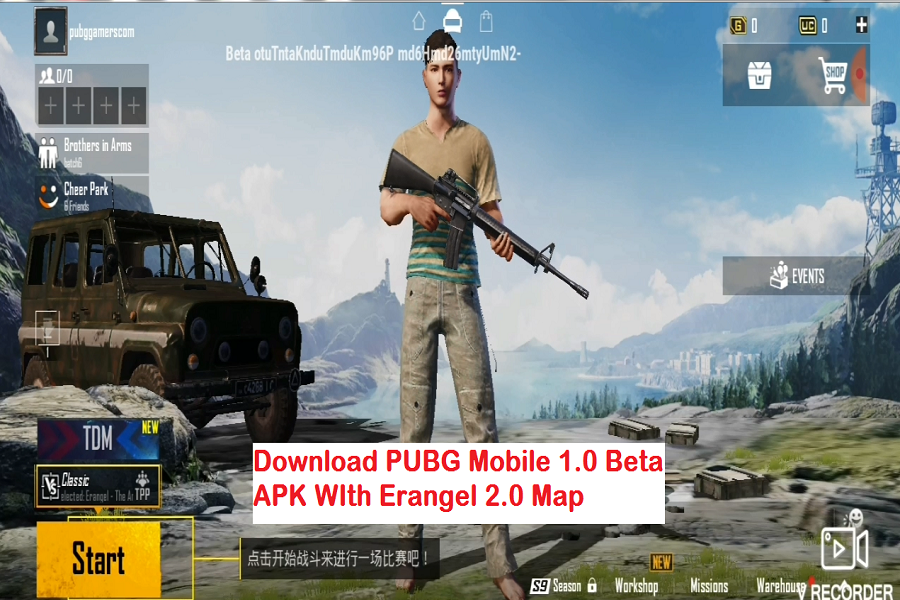 After the release of Pubg Mobile 0.19.0, people have been waiting for the next beta version to know what next coming to the upcoming update is. After a month of wait, Tencent announced the next Pubg Mobile 1.0 Beta version for Android and iOS devices. The best thing it has Erangel 2.0!

That’s right! Finally, they pulled out the previous versions and released new Pubg Mobile 1.0 update stead of 0.20.0. The best feature of this new update is the addition of the most awaited new Erangel 2.0 map. Well, it took around a year to add the new Erangel map to the Pubg Mobile. And all the Pubg Gamers are pleased to see the Erangel 2.0 as they were expecting it on every next update. After playing the new Erangel 2.0, some players say that it was worth waiting for the revamped Erangel map.

How To Download and Install Beta Pubg Mobile 1.0 APK on iOS devices

Step #1: First of all, tap on the following button to download APK file and tap Install. Make sure you are opening it on Safari app.

Step #2: Now find the relevant icon on your screen and tap it to start downloading.  Since the package is too large, make sure that your device is connected with solid Wi-Fi.

Step #3: Once it installed, go to Settings → General →Configuration Documents and Device Management →Trusted Certificate and Complete the setup to log into Pubg Mobile.

Step #4: Somehow if the link in the first step cannot be opened, you can copy the download link and open it in Safari and follow those steps.

Even after following the above procedure, if you cannot be able to install Pubg mobile 1.0 on an iOS device, then you can delete the older version and try the above steps again to get it done.

Along with the addition of the new Erangel 2.0 map, the beta version of Pubg mobile 1.0 update made some improvements in Livik map, Cheer Park, and even some system improvements. There you can also see the brand new lobby and every new UV changes.

I hope you enjoyed the guide and successfully installed Pubg Mobile 1.0 beta on your iOS device. Once after spending some time on it and playing with the new Erangel 2.0, I guess you would have something to share. So do not hesitate to share your feedback with us in the comment section.