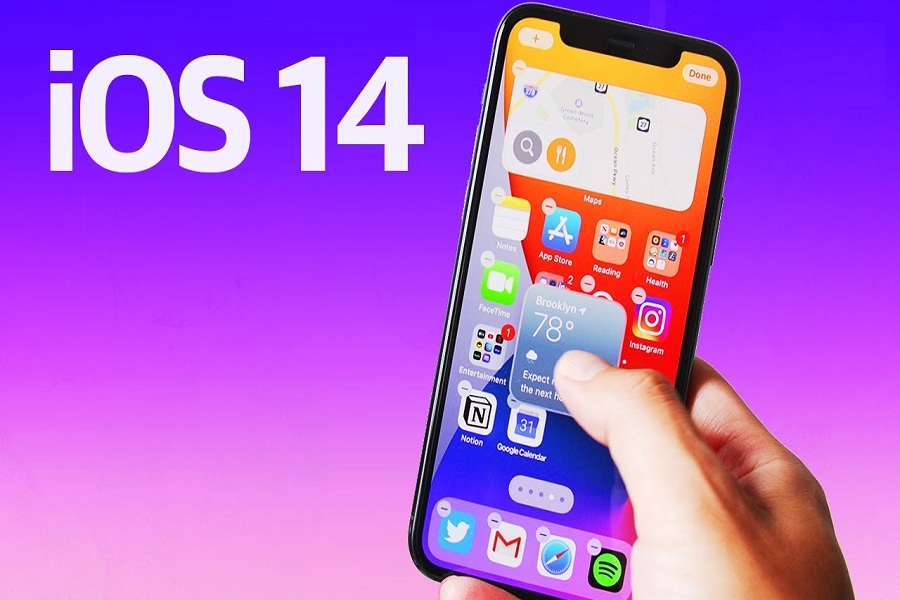 At the WWDC 2021 Keynote, Apple made a huge announcement by launching iOS 14 along with iPadOS 14, tvOS 14, macOS 14 and more.  This time Apple did a great job with iOS 14 as this new iOS system is more stable and improved compared to previous iOS 13. We know that iOS 13 was the worst release of Apple. But with iOS 14, they stole everyone’s heart. Let’s take a look at some top iOS 14 features.

Earlier, you had to pause the FaceTime ongoing chat to use any other apps or feature on the iPhone.  But iOS 14 landed with one of the most fruitful features with the Picture in picture FaceTime option which let you continue your FaceTime chat while using any other function in iOS 14.

Before the iOS 14, when someone calls you on your iPhone, it covers the entire display of the phone and stops you from using your work.  But thanks to iOS 14 as it only shows up the calling banner at the top of the screen without taking space of the entire screen.

The new iOS 14 also has the new App Library that everyone would love this new feature. This new feature will let you find any app easily at one stop as well as it enables you to get rid of Home Screen pages as well as you can hide some apps if you don’t want to make it too much crowded.

Earlier when you tap any link, it always opens up on the Safari browser which defaults on all iOS. But now, you can set any third-party app like Google Chrome default so that you don’t need to copy-paste the link in any third app browser. Just like that, you can set detail mail app and other as well according to your choice.

With iOS 14 update, Apple has made a better search term when you search anything; you can scroll down to the “Search in Apps” section and tap on the app to automatically launch search in that app. Furthermore, you can also search Notes, Reminders, Mails, Files, Messages, App Store and more.

A couple of months ago, there are many news roaming everywhere that Apple is using the user’s location. But with iOS 14 update Apple did some great job by adding new privacy option which allows you to use site-based features while obscuring your exact location.

Just like Mac, Apple has added the new emoji search feature on iOS 14. So you can tap o the Emoji or Globe icon and then select the Emoji search bar to find the emotion you want to use.

There is also Back Tap feature added to the iOS 14 update which will let you use double or triple tap on the back of the iPhone to perform actions like taking a screenshot, accessing the Control Center, changing the volume, and more. This is a unique Accessibility feature.

This feature is specially designed for those who have some hearing problem. This feature will inform when there is any sounds like fire alarms, smoke, pets, doorbells, running water, shouting, and more so that you can act accordingly.

Unique Exposure Lock feature also added to the iOS 14 users who are very keen to take pictures. This new function will let users to exposure compensation value to be locked in for an entire photo or video session with separate controls available for locking camera focus and exposure for a single shot.

Now, the HomeKit has been shifted to the Control Center in iOS 14 as well as it has expended the new HomeKit UI so that you can use this feature simply to perfect action according to your need.

With the iOS 14, Apple had added the new widget to the new Home Screen which you can pull them out of Today Center and onto the main iPhone screen. Also, there is Widget Stacks which you can use to create one widget space on the Home Screen that houses multiple widgets you can swipe between.

If you have iPhone XR or iPhone XS, then with the new iOS 14 you will be able to use the new QuickTake video feature to on previous iPhone 11 and 11 Pro. With the help of this feature, you can hold down the capture button into the photo mode to click quick video taking seconds to swap to video mode.

The new iOS 14 also has some advance feature in the Apple Music app. The previously known as “For You” is now replaced with the “Listen Now”, and the app will give you a better suggestion than earlier. So now you can get more suggestion based on the genre and mood.

So there was some great feature on iOS 14 added for the iPhone users. Well, the iOS 14 update is still in beta form.  Hence, if you have installed the iOS 14 beta on your iPhone, then do not forget to check theme features. Also, feel free to share any new top-notch feature if you have found on iOS 14.