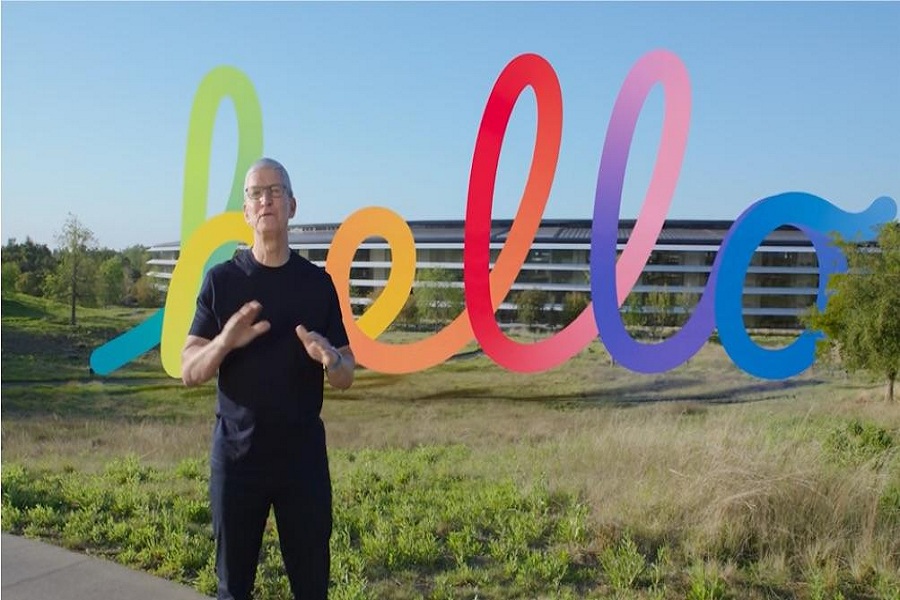 The much awaited apple spring loaded event was concluded last night. And it was jam-packed with news and launches. From Airtags to iPads and TVs, to all new iMacs, Apple crammed this one-hour event with news. The Cupertino giant live-streamed the event via Apple’s official website and YouTube channel. Here are some of the important points from the event.

Apple has finally announced its accessory for tracking things like wallets,keys, bags etc. through the same “Find My” app you use to find your various Apple devices when you lose them on the couch. The tile-like tracker can be customized with emojis.

Last night  Apple debuted its completely redesigned imacs. The iMacs are equipped with M1 chip and are available in seven colours (Blue, Green, Pink, Silver, Yellow, Orange, Purple). The iMac is thinner than ever with a 24-inch “4.5K” display screen, a 1080p FaceTime HD camera and a high fidelity speaker system. They’ll also come with a new wireless Magic keyboard that includes support for Touch ID.

The pre-orders will start from April 30 and the shipping will begin from the later half of May. The new iMac will cost  starting at $1,299 and with better specs and colours will start at $1,499.

Preorder for the purple iPhones will start on Friday and it launches on April 30th.

The Apple TV 4K is given a new refresh since it first launched back in 2017. It comes equipped with the same A12 Bionic chip found on the iPhone XS, XS Max, and XR, which means better performance can be expected.You can now use your iPhone to calibrate the picture quality of the Apple TV 4K. You can also play HDR videos at a high frame rate very easily.

Apple also revealed a new TV remote, which looks completely different from the previous one. The remote is made of aluminum ,has a click pad at the top and a Siri button on the side.

pre-order on April 30th and will be available in the second half of May.

Apple also launched the new iPad Pro models that are equipped with the company made M1 chipset. The 12.9-inch model will have Liquid Retina XDR display which uses 10,000 Mini LEDs. Both iPad Pros have 12-megapixel ultrawide camera that can automatically track you during video calls with the feature called “Center Stage”.

Along with all this Apple also announced ad-free benefits to in-app podcast subscriptions and a brand new trailer of the new season of our beloved show Ted Lasso.