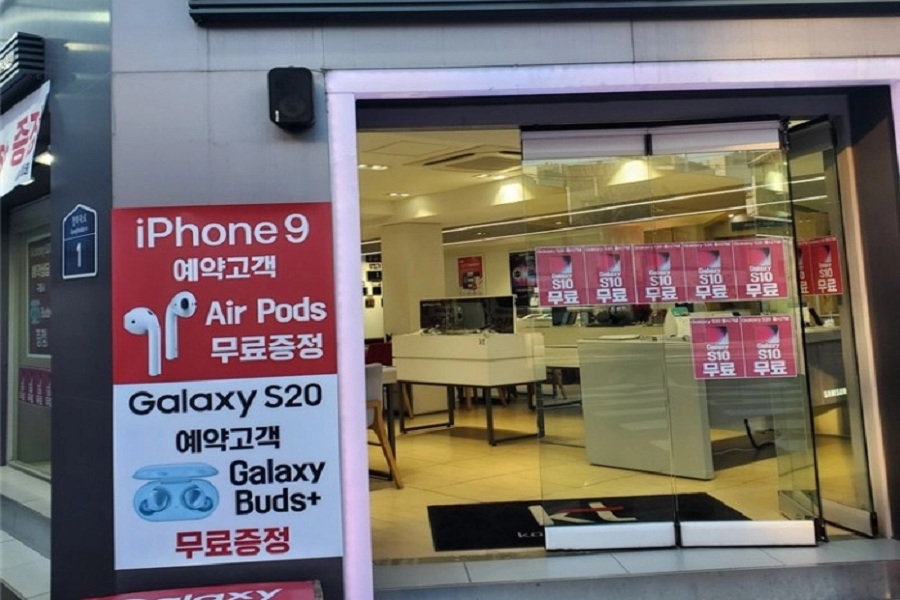 Apple’s one of the most successful iPhone SE is getting successor this year. There have been lots of rumors about iPhone SE 2 in the market since 2017 but there has not been any announcement from Apple yet. Well-known industry analysts like Ming-Chi Kuo and at JP Morgan are expecting a total of 5 or 6 iPhones in 2021. The first iPhone of this year is iPhone 9 and a pre-order poster of the iPhone was seen in a store in Korea and it is giving a boost to the speculation that the iPhone SE successor is happening soon. The poster of the iPhone 9 pre-order was posted at a store alongside Samsung Galaxy S20, which is scheduled to launch at the beginning of March or late February.

iPhone 9 is going to be Apple’s re-entry into the mid-range smartphone market. And, the people who are waiting for an iPhone with a small screen are desperately waiting for iPhone SE 2 which could also be named as iPhone XE. Earlier, only iPhone SE was only a budget-friendly smartphone from Apple. It is being said that iPhone 9 (or SE 2, XE) will have a body similar to iPhone 8 and will be powered by the latest A13 Bionic chipset. The display could be 4.7-inch LCD or around 5-inch and will feature Touch ID instead of Face ID recognition.

Talking about the camera, it would have a single camera at the back. Well, we are expecting a dual camera setup but at a cheaper rate, Apple won’t offer a dual camera. Several speculations on the internet are claiming that iPhone 9 would have a similar camera lens that has been used in iPhone 11. It would be strong competition for Google’s Pixel 4a. As we know Apple is switching most of its devices to OLED but it seems that the iPhone maker would rely on LCD for iPhone 9 to curve the budget of the device. As we have seen in iPhone XR, which is considered a high-end smartphone still it has LCD and it is the most affordable and latest iPhone from Apple right now.

iPhone XR starts at $599 and it is giving a strong competition to the rivals. iPhone XR is the most sold smartphone of 2019. We have to see how Apple would price its new iPhone 9 but most of the industry experts expect around $399. Well, the name of the device is not confirmed yet. Many analysts believe it could be iPhone XE seeing Apple’s love X series, while some say it would be iPhone 9 as Apple launched iPhone 8 and iPhone X in 2017 skipping the “9” series. Well, some people still not believe that iPhone 9 or iPhone SE 2 is going to happen but Apple knows how successful its iPhone SE was, which launched in 2016 but as some stores and Apple’s supply chain are confident and so are we. The new poster of the iPhone 9 spotted at a Korean store is sealing the news.