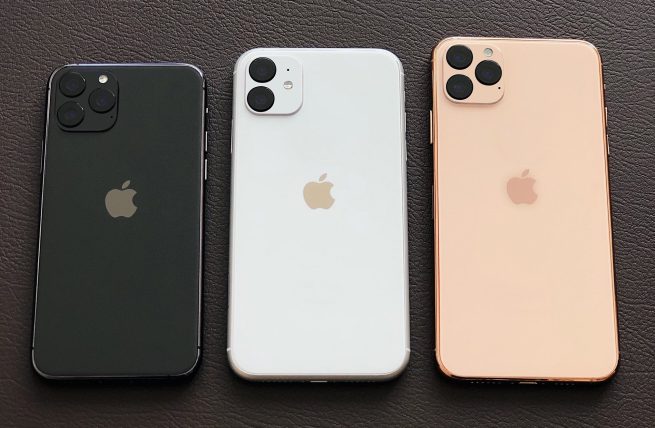 Apple has invited media for the event that is going to be held on September 10 and just like every year, this September we are about to see new iPhones from Apple. Apple is going to reveal the iPhone 11, iPhone Pro, and iPhone 11 Max at this special event that will live from Steve Jobs Theater at 10 AM Pacific Time. But this is just an announcement, just like Apple had launched Apple Arcade, Apple TV+, iOS 13, iPadOS and other software updates in its special events this year but they are going to be available for the public somewhere in the fall. So you may be thinking when you shall be able to buy any of the iPhone 11 models that you like.

Usually, Apple announces new iPhones and other hardware at the event and starts taking pre-orders after a day or two and after 10 to 15 days to deliver the device. Reported by GSM Arena, a person working at a well-known US telecom carrier stated that people can pre-order iPhone 11 trio models from September 13 that is the Friday after the event. So Apple will continue to follow the routine that it’s been doing for years.

Unlike every year, Apple is going to release all three new iPhone 11 models simultaneously on the same date. According to the reports, it is being said that all iPhone 11 models will be available on September 20 in the first supply. This is exactly one week after the pre-order starts and this is as per the tradition of Apple when it comes to iPhones. Last year, we saw that Apple made iPhone XR late in October while iPhone XS and iPhone XS Max were available within a few days after the launch. The year before that iPhone X was made available to sale in November but iPhone 8 and iPhone 8 Plus were put on sale right on time after the launch. So this year, Apple is going to make iPhone 11 models available at the same time.

Well, there are no concrete proofs to back this rumor but it is expected that Apple is going to simply stick to its traditional launch timing and the release timing. We expect that Apple will do the same as described in our reports and other rumors since major competitor like Samsung and OnePlus are also releasing their high-end smartphones nearly the launch of Apple’s iPhone 11.

iPhone 11 will have triple-lens camera square bump at the back and a matt finish design. It is rumored that high-end iPhone 11 variants which will have 5.8 and 6.5-inch OLED display will be called iPhone Pro and iPhone 11 Pro Max. The one with 6.1-inch iPhone 11 variant will rely on LCD. Some other prominent upgrades include bigger batteries, Haptic feedback instead of 3D Touch, improved Face ID, A13 chip and some others. The Apple Special Event can be streamed through its official website, Apple TV, YouTube channel and Apple Event (app) for iPhones and iPads. If you will be unable to watch the event, Hakuna Matata, because we are going to cover the whole event on Considering Apple.

iPhone 11 Price and Features Confirmed With the New Leaks
What can we expect from Apple’s Event to be held on September 10?
Comment