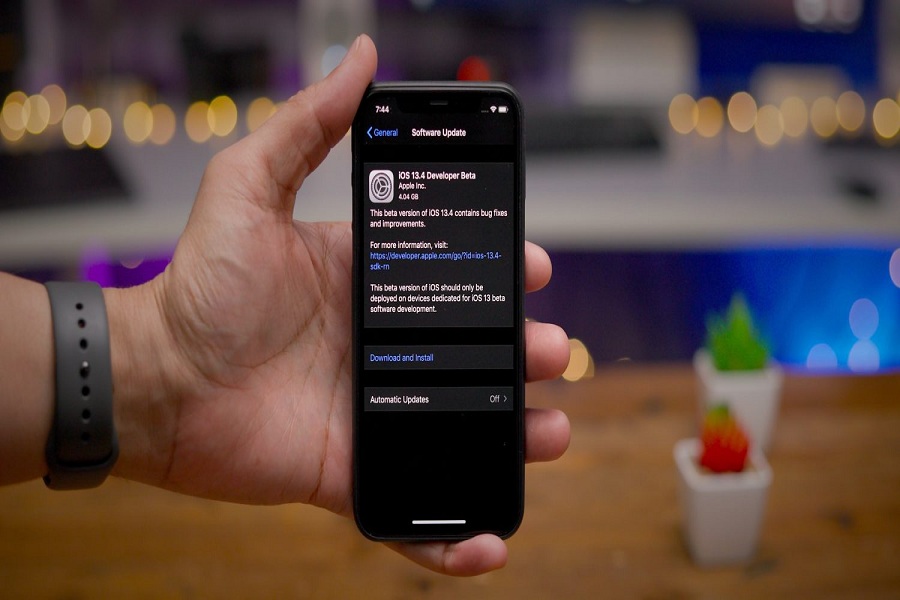 A week ago, Apple released the next iOS 13.4 beta update for its all developers and early testers along with macOS 10.15.4, watchOS 3.2, and tvOS 13.4. The update included multiple fruitful features.

Considering the fact that Apple says unified purchasing between the Mac, iPhone, and iPad will be available in March. So we can expect the release of iOS 13.4 along with macOS Catalina 10.15.4. Also, we can predict the iOS 13.4 public release in March as Apple earlier released the iOS updates in March as iOS 12.2 in March 2019 and iOS 11.3 in March 2018.

We also heard that Apple possibly release the new iPad Pro, AirTag trackers, and the most rumored iPhone SE 2 or iPhone 9 at the hardware event in March. So maybe we will get the iOS 13.4 public updates along with these products.

Talking about the new features of iOS 13.4, people like the new New Mail Toolbar, iCloud Folder Sharing, New Memoji Stickers, and the CarPlay and CarKey API feature. Also, developers also happy with the new addition as now they can sell macOS and iOS versions of their apps as a single purchase. The iCloud Folder Sharing was firstly added to the iOS 13 beta, but they removed it in the final version, and now the feature is back in iOS 13.4.

Let’s wait for Apple’s March event as we are expecting a lot from Apple, which also includes the talked iPhone 9 or iPhone SE 2. Do you think it is worthy of Apple to release the new affordable iPhone SE? Please do share your thoughts in the comment box.