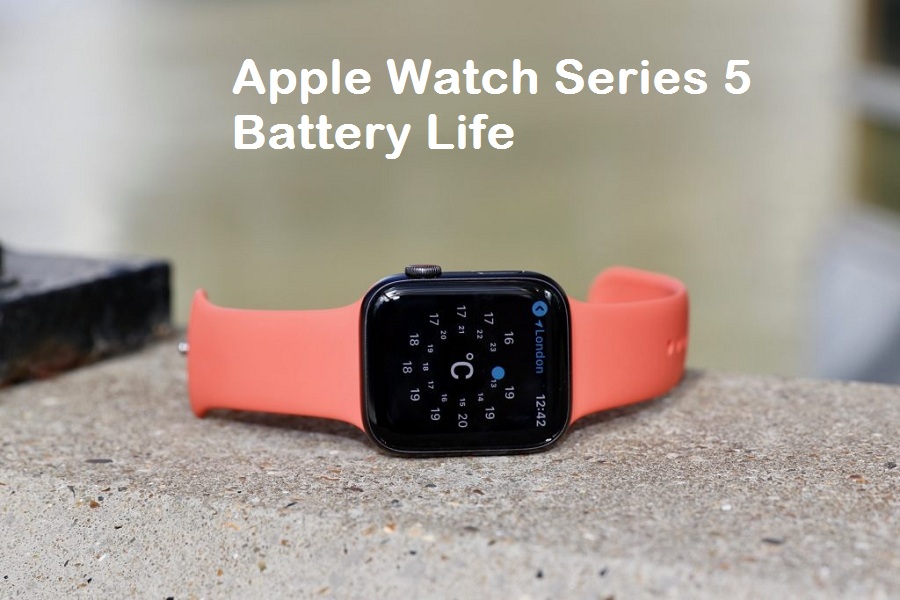 How much battery life on Apple Watch Series 5? This question is popping up on every Apple Watch users mind as many users flooded the social media and forum with the Apple Watch Series 5 battery draining issue. Along with Apple Watch 5, the company also releases the new watchOS 6 update with dozens of new upgraded features.
Apple added some fruitful features of Apple Watch Series 5 with watchOS 6 like they provided an App Store, brand-new faces, a Calculator app, and the most highlighted feature always-on display on Apple Watch 5. The Cupertino- based company also promised that “Our goal for battery life is 18 hours after an overnight charge, factoring in things like checking the time, receiving notifications, using apps and doing a 60-minute workout. And because everyone will use Apple Watch differently, we tested several other metrics as well.”

Furthermore, they also gave detail about their testing of Apple Watch Series 5 with watchOS 6. Here’s what they said:

Apple’s macOS 10.15 Catalina Released: How to Download and Install
The New iPhone 12 Design Seems More Promising but Is It Worth Skipping iPhone 11?
Comment