Home » Apple updates redesigned maps for all US users 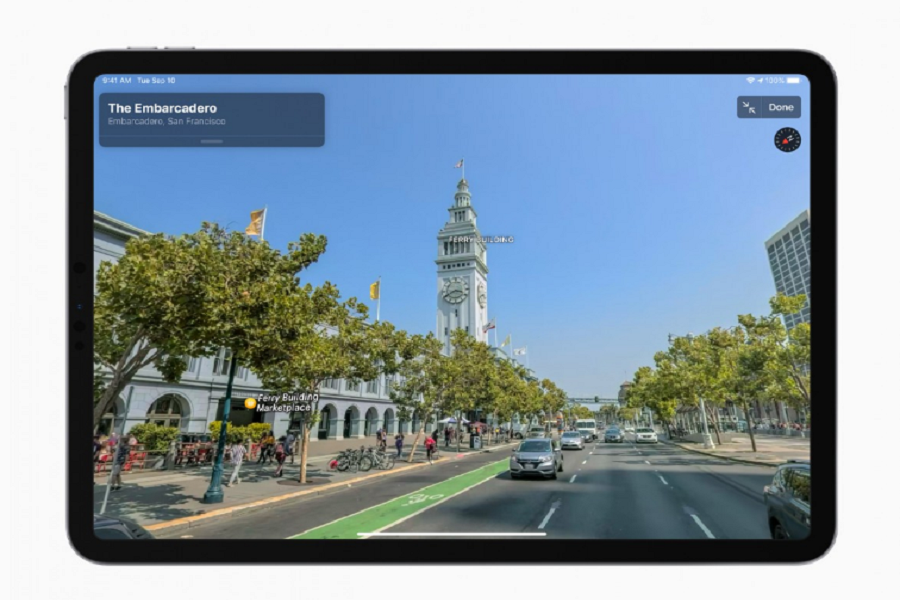 At the launch of iOS 13 in June last year, Tim Cook and his team had informed that they had engaged a huge machine and manpower to make its Maps app even more precise and they also said that new updates to Maps will be added regularly. Yesterday, it was confirmed from a press release that Apple has updated its app and whole “Maps” is redesigned with “better road coverage and pedestrian data.” But the drill is that this upgrade with “more precise addresses and detailed land cover” and more other features has been rolled out for the Apple users in the US only.

Apple has been trying for a long time to offer better services in “Apple Maps” than its rival “Google Maps” and we had told you how Apple’s “Look Around” is far accurate and more precise than Google’s “Street View.” Apple has invested years to render more power to Maps so users can have a great experience. The new and redesigned Apple Maps App is said to give a detailed view of roads, airports, parks, malls, and many public places like museums. The cities that were lacking “Look Around” and “real-time transit shall be added the list with the new upgrade.

Miami has been added to the list of cities with the support of real-time transit schedules along with major cities such as New York, Los Angeles, Washington, D.C., and San Francisco.

These things tell us that Apple is fulfilling what they had promised. There was a time when Apple CEO accepted that they knew iPhone users felt Apple Maps was not up to their expectation and the iPhone maker company would make it better for user experience. With iOS 13, numerous features like real-time transit schedules, a list-making feature called Collections, Favorites and many more features were added to the Maps. New 3D Look Around feature that resembles Google’s 3D Street View is also a great deal.

“We set out to create the best and most private maps app on the planet that is reflective of how people explore the world today,” said Eddy Cue, Apple’s senior vice president of Internet Software and Services. He further added “it is an effort we are deeply invested in and required that we rebuild the map from the ground up to reimagine how Maps enhances people’s lives — from navigating to work or school or planning an important vacation — all with privacy at its core. The completion of the new map in the United States and delivering new features like Look Around and Collections are important steps in bringing that vision to life. We look forward to bringing this new map to the rest of the world starting with Europe later this year.”

Yes, after covering the U.S first, Apple aims to cover all the countries to provide all the latest features that US users are enjoying. It may take some time – years, but we trust Apple as it is late but always best. In 2021 alone we are expecting many new things from Apple such as iPhone SE 2, AirTags, new iPad Pro, Wireless Charger, and many more.