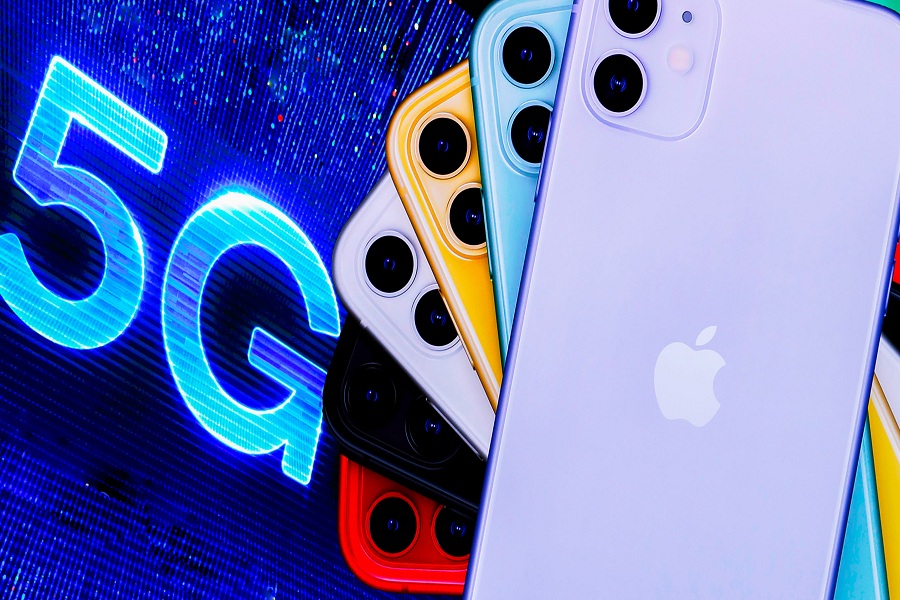 Even before the launch of the iPhone 11, there was so much fuss about the iPhone 12 as it would be the first 5G iPhone. Recently we told you about Apple may launch two iPhone SE2 models this year i.e. one in the first quarter and another at the end of the year. A report by Ming-Chi Kuo stated that Apple will launch four iPhones with 5G connectivity in 2021 but the report didn’t clarify the exact specification.

FYI, there can be several types of 5G network and two of the most talked are sub-6 GHz and mmWave. Here, mmWave is considered to be a faster 5G network than the sub-6GHz spectrum. So the recent report from Susquehanna analyst claims that Apple is going to launch 5G iPhones 2021 models with sub-6GHz compatibility in September and some more variants with mmWave will be available till December or January of the next year.

The report by Susquehanna said in a report that “The delay in the launch, according to our checks, stems from Apple’s decision to in-source the Antenna-in-Package (AiP) modules instead of purchasing from the 3rd party.”

Various telecom service providers are trying and rolling out different types of 5G networks. A time ago, T-Mobile launched a 600MHz 5G network but it seemed only a bit faster than the currently available 4G network. It’s obvious that sub-6GHz would be faster than 600MHz but millimeter wave or mmWave will outspeed every 5G network that is being tested.

mmWave is said to be the ten times faster than the 4G network by rendering internet speed over 1 Gbps. But as we said, most of the carriers in the US and other parts of the world are testing and rolling out the 5G network only in a limited area for testing purposes. mmWave 5G spectrum is said to have a smaller range so service providers have to build more towers to reach all of the customers. On the other hand, sub-6GHz has been tested to render speed up to 150Mbps and they will cover the large area compared to millimeter Wave.

So Apple is likely to produce over 60 million iPhone 2021 models with sub-6GHz 5G connectivity at the launch of the devices in September this year and 8 million iPhone 12 models with mmWave 5G network will be available in December or the first month of 2021. As the report by Susquehanna analysts suggests the reason behind this delay could be Apple’s decision to build its own AiP (Antena-in-package) instead of buying from any third-party manufacturer.

The report also claims that iPhone 12 with a sub-6GHz 5G modem will have LCD screens while high-end iPhones with mmWave will have OLED screens. But there are slimmer chances of it as Kuo’s reports claimed Apple is planning to launch three OLED iPhones in 2021 and only one with LCD.

It is also being said that mmWave iPhone 12 models will be available in selected regions only where the network is available. So this way Apple may reduce the cost of the device by disabling some bands in the different markets. This will depend on what 5G network type is available in each region.

Well, the successor of the iPhone 11 Pro and iPhone 11 Pro Max will render faster speed with mmWave 5G network but the chances still seem slimmer as it covers a much smaller area and it would take time to construct new towers. So iPhone 12 with sub-6GHz would be a good deal till 2021.

The Ultimate Guide on Corporate Cybersecurity for Mac 2021

What’s New About The iPhone 13?