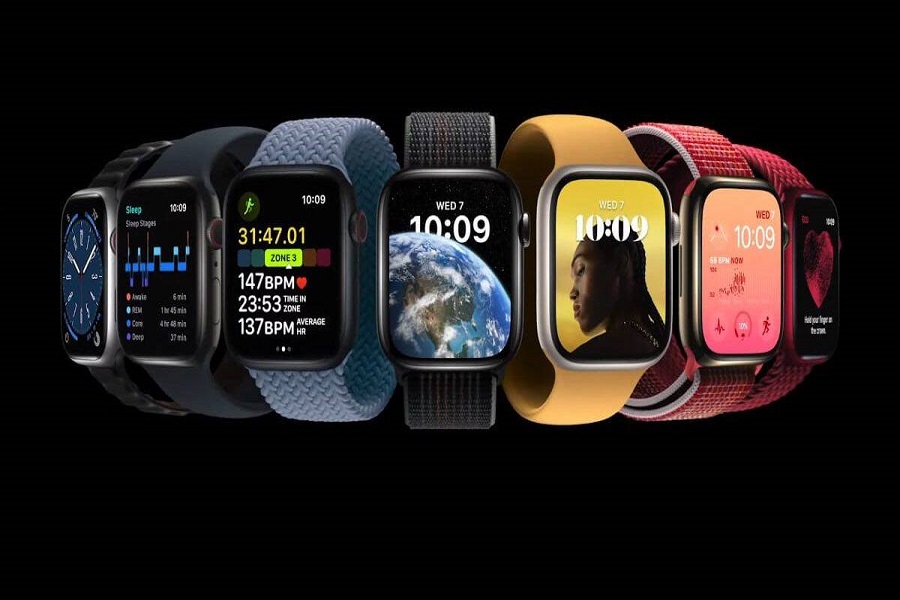 Apple just revealed the new version of the Apple Watch. The new Apple Watch Series 8 comes with an abundance of new features.

Among all the new cool features of the Watch Series 8, low power mode to double the battery life, skin temperature sensor, and new accelerometers for car crash detection, are the most talked about.

At first glance, the Apple Watch Series 8 looks almost exactly like the Series 7. It has the same ECG, GPS module, SpO2 sensor, almost borderless always-on AMOLED display, and many of the same fitness features as the Series 7. But there are some interesting new things.

First of all, the smartwatch has a sensor that measures the temperature of the skin. This sensor can also pick up temperature changes as small as 0.1 degrees Celsius, even while the wearer is sleeping.

This feature is mostly meant to make it easier to track a woman’s cycle. Changes in skin temperature let the Apple Watch figure out how far along the cycle is. This should make it easier to find the fertile days or ovulation and to keep track of any changes.

This information is very helpful for people who are planning a family so that they can find the right conceiving time.

The information that is collected is stored in a way that only the user can read it.

Car accidents are among the leading causes of death in the United States and other countries.In such times, the Apple Watch Series 8 will be able to inform the emergency services to get immediate help thanks to the new Crash Detection feature.

The Apple Watch Series 8 also has a new motion sensor that can measure up to 256G of force. Accidents need to be accurately identified so that an emergency call can be made automatically. The new sensors are meant to stop emergency calls from being made by accident.

Low-Power Mode to Double the Battery

The battery life tends to stay at 18 hours, but the smartwatch now has a power-saving mode that can effectively double the runtime to 36 hours without turning off important features such as fitness tracking. With watchOS 9, this feature will also be available on the Series 4 and later models.

Cellular models of the Series 8 will also support international roaming. So, the new generation of Apple Watch will be able to stay connected to your cellular network while you’re traveling abroad.

You can simply add your Apple Watch to your iPhone roaming plan at little or no cost. By the end of the year, international roaming will be available on more than 30 carriers worldwide.

It will be supported on all cellular models of the Apple Watch from Series 5 onward, running watchOS 9.

As an aluminum watch, the Apple Watch Series 8 comes in Midnight, Starlight, Silver, and Product(RED).

As a stainless-steel watch, it comes in gold, silver, and graphite.

There is also the Nike+ version and the pricey Hermés version.

Users can order the Apple Series 8 from today and it will be available from September 16, 2022.

It has the latest design that users love, with an edge-to-edge display, great durability, fast charging, and all the new features of watchOS 9.