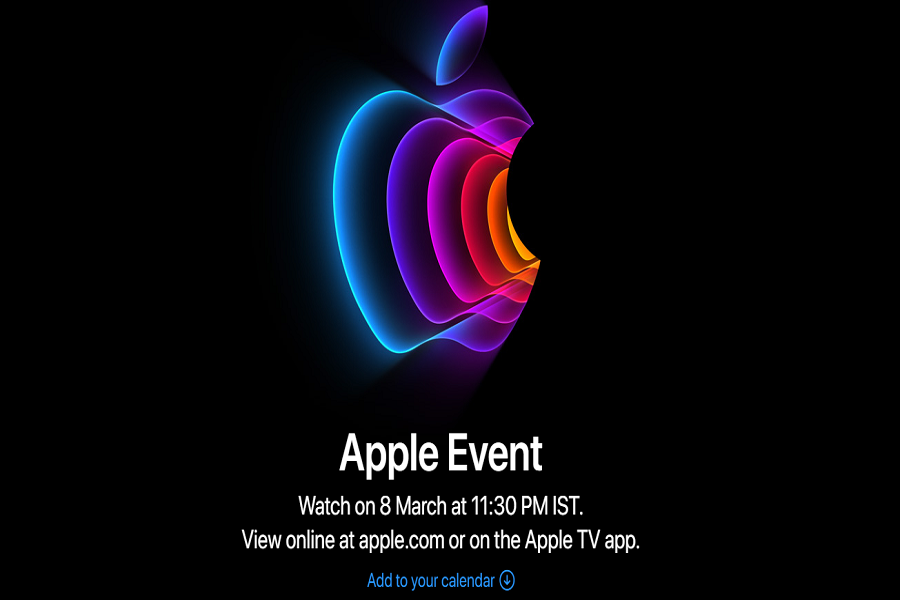 As everyone is waiting for the Apple March Event, Apple has made the final announcement for the next event. As we expected, Apple today sent the invitation to media and another group with the new Apple Even page with Peak Performance tagline.

Apple released the new Apple Event page with the 3D variation of the original Apple logo with six colors and the event date March 8 at 11:30 PM IST. Like last year, this Apple Spring Event will help online. People from all over the world will be able to watch or live stream Apple March Even via Apple.com or Apple TV App.

If we assume the six colors of the Apple Logo on the event invitation, we may get the most talked about iPhone SE 3 with six colors like iPhone XR. The design of the iPhone SE 3 models will be similar to iPhone XR and have Face ID. This third lineup will feature an A15 Bionic chipset from the latest iPhone 13 series.

The next-generation iPhone SE 2022 model will support a 5G network and MagSafe wireless charging support. We may see this model in 64 and 128 GB storage capacity. Apple is also adding IP67 or IP68 rating to iPhone SE 3 to protect from water and dust.

This new iPhone SE 2022 may come with a $299 price tag. Bu the high storage variant may cost high.

Apple is also planning to release the iPad Air 5th Gen with the same A15 Bionic processor from the iPad Mini. It will look the same as the current iPad Air, but it will be more powerful because of CPU and GPU performance.

We may also get the final release of iOS 15.4 update for the public, which is currently under testing.

Let’s wait for the final Apple March 8 Event and see what innovation Apple is landing. Are you excited for the next Apple Event 2022? Which other product do you wish to see at the Apple Peach Performance Event? Feel free to share your feedback in the comment box.

Will Apple Return to Russia?
iPhone will not be sold in Russia, is it true?
Comment