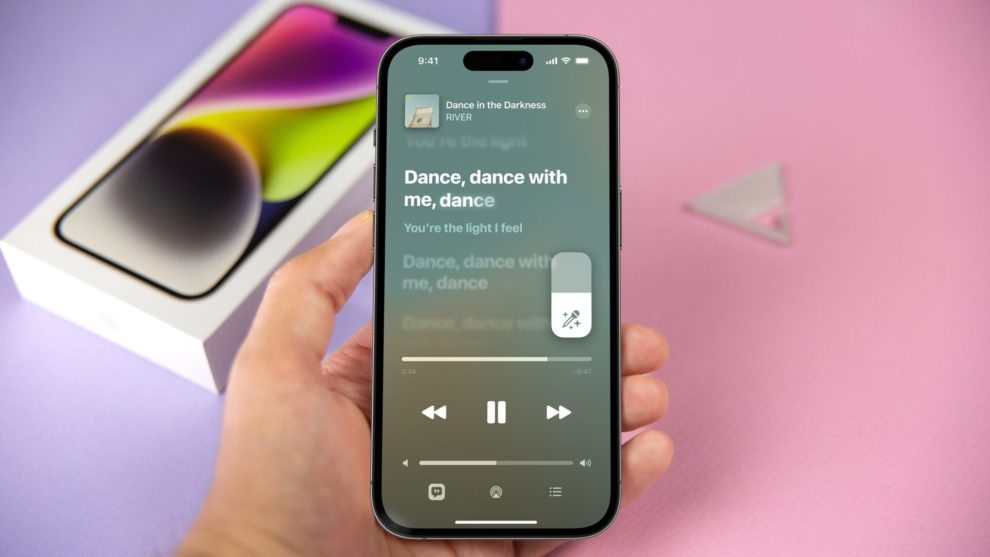 Apple has recently announced a brand-new feature with the launch of iOS 16.2 called Apple Music Sing. This new feature provides users with a comprehensive karaoke experience with most of the old and new songs that are available on the streaming platform.

However, despite being a new feature that’s being released with the new iOS 16.2, the feature isn’t compatible with every iOS device you can think of.

Apple has confirmed that although this new feature will be available with iOS 16.2, not every device will be compatible, despite being able to install the new iOS update.

Apple Music Sing is for the Newer Devices

As Apple describes, Apple Music Sing is a new feature that allows users to hum, jam, and even rap their favorite songs with beats and tunes intact.

The feature is available with the new iOS 16.2 update, however, users have to enable it from the iPhone settings once they update their iPhones to the latest iOS version.

Once the feature is enabled, the users have complete reign over the feature, and the kind of vocals that the users want to set, making the karaoke experience a lot more streamlined than you think.

Although Apple Music Sing is available and compatible with almost all the new songs and trending tunes, there are certain restrictions at present. The on-device processing is what eludes the users from not getting access to a lot of features.

Which are the Supported Devices for Apple Music Sing?

Now that you have a clear understanding of Apple Music Sing, its features, and functionalities, wondering about the compatibility is common.

Not just iPhones, the feature is also accessible on iPads and Apple TVs. So, if you want to make the most out of the user experience, knowing about the supported devices is crucial.

Following is the list of supported devices for Apple Music Sing:

Besides these, the Apple Music Sing feature is also compatible with Apple TV 4K 2022. Currently, these are the only devices that support this new feature.

iOS Earthquake Alert: How to Enable On iPhone?
How to see notifications on iOS 16 when the phone is unlocked
Comment