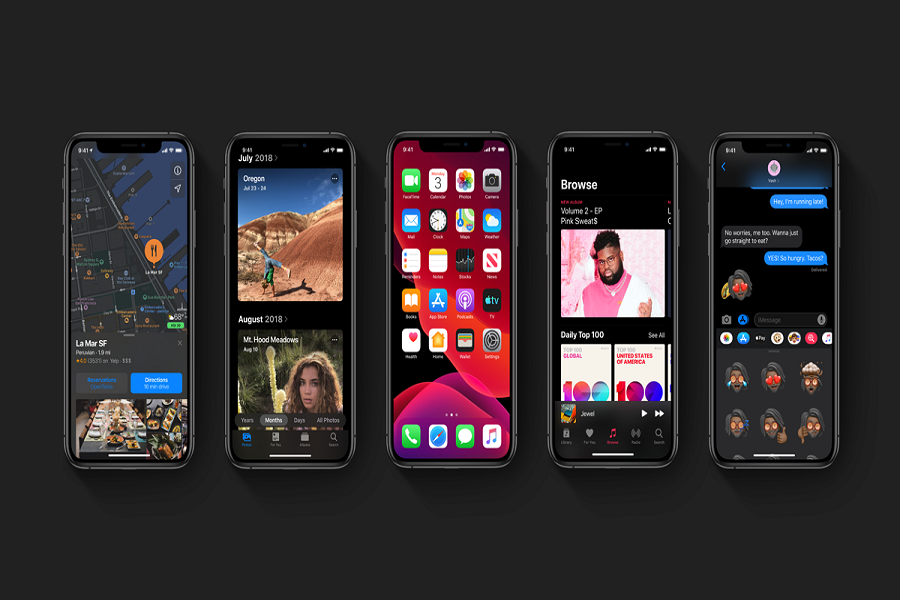 Apple’s special event that is going to be held on September 10 will headline the launch of iPhone 11 models – iPhone 11, iPhone 11 Pro, and iPhone 11 Pro Max. The event will be live from Steve Jobs Theater, California at 10 A.M PDT. We have given various ways on how to watch and livestream Apple’s September event 2019 to be the first ones to know the features of iPhone 11 models. Along with iPhone 11, Apple is also reportedly to reveal Apple Watch Series 5, new iPod Pro and MacBook. It has been also said that Apple may release iOS 13 simultaneously with iPhone 11 models.
iOS 13 that was announced at WWDC 2019 on June 3, 2019, along with other software updates for Apple’s other products. tvOS 13, watchOS 6, and macOS Catalina were announced at the event as well. But iOS 13 is the one most talked Apple’s software update. It is the fastest iOS for iPhone that comes with various features like dark mode, camera modes, memoji, etc. Apple hasn’t announced the official release date of these software updates but it is being speculated that iOS 13 will be available with iPhone 11.
After many years for the first Apple is going to release all its iPhone models simultaneously. Last year iPhone XR was available for sale almost after one month of its launch while other two models were made available earlier. This year iPhone 11 may release on September 20 and iOS 13 will be available from the same date as well. Apple has released 8 betas of iOS 13 and recently released iOS 13.1.
The latest iOS 13.1 sounds stable and runs smoothly on the iPhone, unlike its previous bets versions. Since everything seems fine with Apple’s latest OS for iPhone, we may finally get the official release of iOS 13 for all the compatible iPhones across the world. Apple likes to keep everything behind the curtains before the final event but the sources related to Apple and industry analysts are always right in their prediction about Apple’s next move. This time they are suggesting that Apple will by its iOS users by releasing iPhone 11 and iOS 13 simultaneously. Apple may change the release date of iOS 13 till the end of the month but as nothing seems wrong with the latest iOS 13 beta version we may get to see the final version of iOS 13.
As we said earlier, Apple’s special event may also include the revelation of Apple Watch Series 5 and additional details about Apple Arcade and Apple TV+ but there are not enough proofs to back this so it is possible that Apple holds the second event in the fall for them. However, everything will be cleared tomorrow after the event. We hope to see some more details about new Mac and most-acclaimed Apple TV+ & Apple Arcade which were announced in March this year.