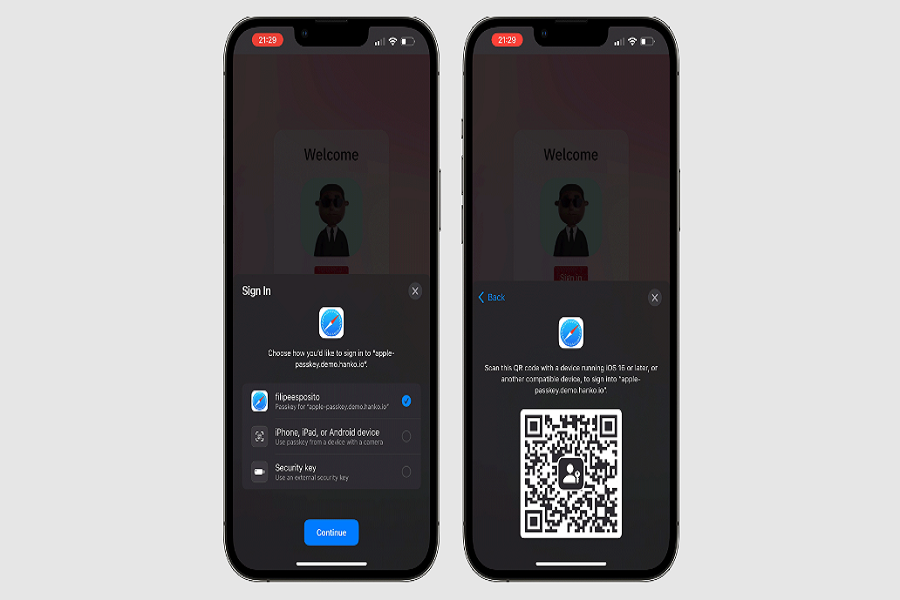 With the release of the new iOS 16, iPhone users now have access to a variety of amazing new features, Passkey being one of them. With Apple’s focus on improving its security and user safety, Passkey is an additional authentication method for apps like Kayak and CardPointers.

It replaces the traditional passwords and instead they are available in an encrypted format to ensure that cybercriminals can’t get access to this sensitive information and passwords. The feature was made in collaboration with Apple, Google, and Microsoft.

With Passkey, the passwords are stored as unique credentials locally. To authenticate the password, the device will require biometric access. Passkey is now available on iOS 16, iPadOS 16, and even macOS Ventura.

This article will explore all the websites and apps that will support Passkey and allow the safekeeping of the password on iOS 16.

Which apps work with Passkey at the moment?

Since Passkey is a fairly new feature in Apple’s ecosystem, it isn’t surprising that the availability of this feature isn’t versatile or widespread.

Not every app or website that requires a password will support Passkey, or at least that’s what Apple has suggested at the moment.

However, if you are sitting here confused about which apps and websites do support Passkey, there are quite a few available.

Kayak, which is one of the leading travel apps, is the first app on iOS 16 that supports the Passkey feature. When you switch and update to the latest version of the app, the users have a choice to sign in using Face ID or Touch ID to ensure the optimal safety of the users.

So, the next time you want to use the Kayak app, all you have to do is enter the email ID, authenticate via the biometric elements and you are in.

This is just the beginning of Passkey, so it won’t be long until Apple will provide this feature for more and more apps and websites on iOS 16.