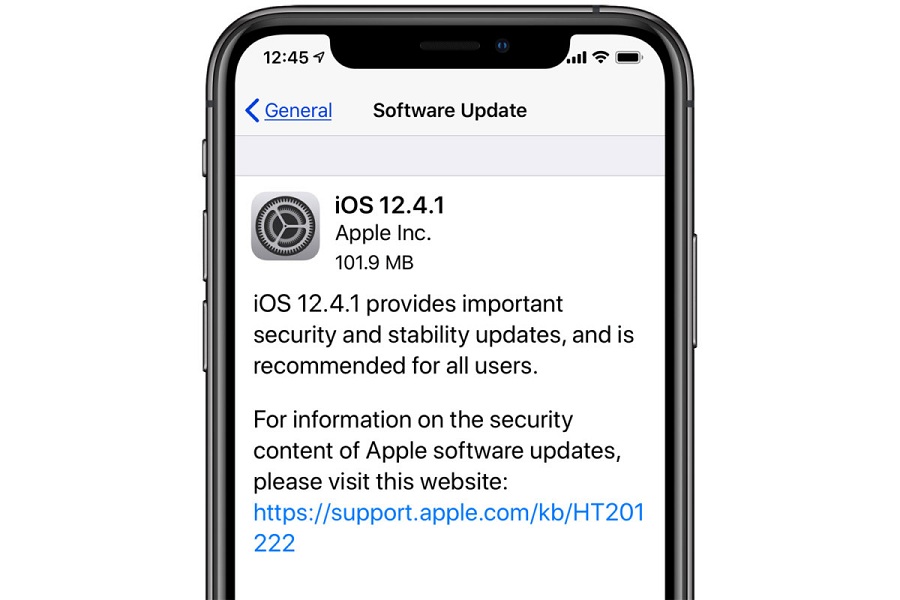 Apple has rolled out an important iOS update iOS 12.4.1 recently for iPhones & iPads and this is believed to a significant update to the software in all aspects. The new iOS update the bug that was found in iOS 12.4 which may allow attackers to breach any iPhone and iPad with the execution of code on the device. So with the latest update, this bug has been fixed and it is available for iPhone 5S and later iPhones, iPod Touch (6th generation), and iPad Air and later models. This could be the last major update to iOS before Apple starts rolling out iOS 13 in this fall, maybe next month with the launch of iPhone 11 Pro and Apple Watch Series 5.
It is said that Apple may have accidentally undone the patching for the issue and the bug may have opened with iOS 12.4 version and it was earlier patched in an update released in May. The description of what’s new in the update states the impact as “A malicious application may be able to execute arbitrary code with system privileges”.
The question is what this bug that was unfixed by Apple and why these privileges are such a big deal. So on any iPhone or iPad with iOS there is a technical term called “system privileges or root privileges” and this allows the user to install and run apps or code on the device while interacting directly with the core basic code of the iOS. In simple and widely known term for this is known as jailbreaking. You must have heard this term very often on the internet. Jailbreak allows running apps on the iPhone and iPad which are not allowed by Apple. Apple doesn’t allow such apps such as apps due to data privacy and security reasons. With jailbreaking users get the access to iOS more than Apple allows so it extended the flexibility but this can pose a risk for iPhone and iPad as it may become a way in for spyware, malware, and data breach.
However, with jailbroken iPhone or iPad, users may use the device with the extent with access to the core of the iOS. Users can install apps and enjoy some extraordinary features. But if with is you may be giving any app access to your contacts, messages, files, location keylogging and these all things can be harmful to the data privacy and security. So for the sake of your privacy and security, you need not jailbreak your device.
You can easily download and install iOS 12.4.1 update to your iPhone and iPad from Setting => General => Software update. You may not notice some other major changes in your OS with the latest update but for security reasons, you should update your device with the latest software update soon. Make sure your device is backed before updating. You can download and install just like other OTA updates. iOS 13 public beta is available before its final release in this fall.
TagsiOS 12.4.1 iOS update

A Trick To Get 6 Clubhouse Invite Codes Free

A Trick To Get 6 Clubhouse Invite Codes Free