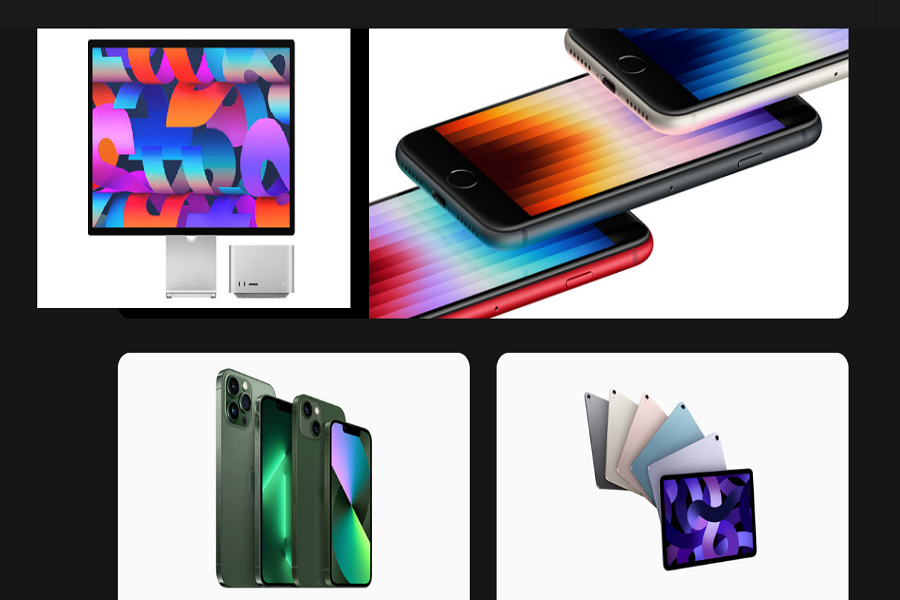 Apple’s Spring event “Peek Performance” held on 8th of March 2022 has come to a close, and the brand has unveiled a number of new goods. Tim did not fail to mention how the iPhone has been more successful than in previous years, which is intended to keep the enthusiasm going.

The focus of the presentation was undoubtedly on Apple’s strong chipsets, particularly the new M1 Ultra, which is featured in the new Mac Studio desktop.

Apple unveiled four of its new products at the event: the iPhone SE 5G with Apple’s A15 Bionic CPU, the new iPad Air with Apple’s M1 chipset, the Mac Studio, and the Studio Display.

There’s a new iPad Air 5 with M1, while the iPhone SE 3 features A15 Bionic power, 5G, and multiple camera enhancements. Apple has revealed the new Mac Studio computer, which features a blistering M1 Ultra CPU that essentially combines two chips into one. There’s also a new Apple Studio Display with 5K resolution that costs less than the Pro XDR, albeit it’s still expensive.

On stage, Francesca has attempted to sell the ‘beauty’ of a phone with an antique frame – saying it has the ‘toughest glass’ of any smartphone.

According to Tim, the performance was taken to the “next level.” The new, ‘even more amazing’ iPad Air is available in five colours.

Apple has claimed in the event that the industry-leading performance, utilising 65 percent less power than competitors and 90 percent higher power efficiency with the M1 Ultra compared to a competing 16-core processor.

There are a lot of numbers here, and Apple has basically claimed that it is quicker and more efficient than ever before, thanks to Thunderbolt 4 connection.

Apple is highlighting the decreased environmental impact of this, claiming that it uses 1000 fewer kilowatts each year.

The introduction of the iPhone SE 2022 was clearly the highlight.

Here’s a short rundown of everything that was announced today: