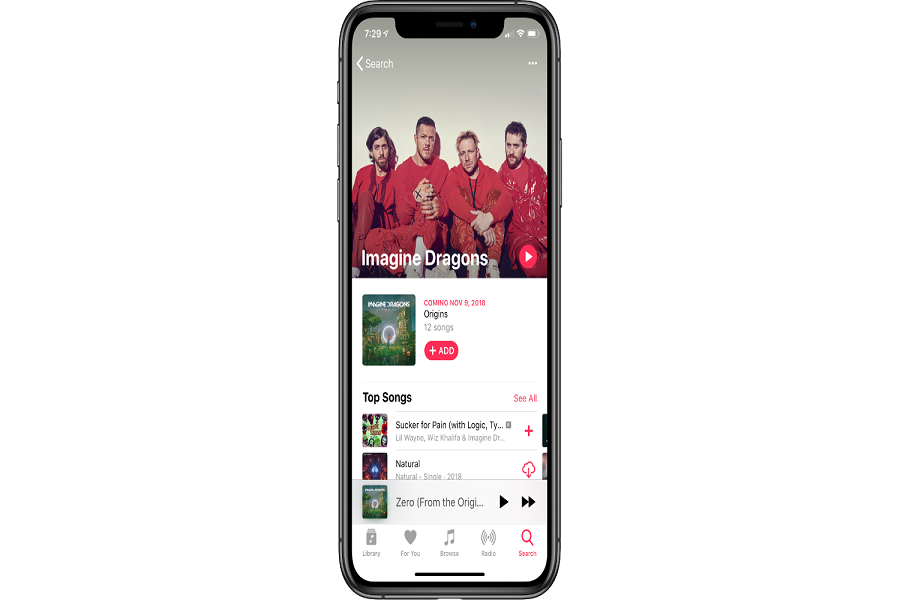 Tim Cook took the stage at WWDC 2019 on June 3 to announce iOS13, iPadOS 13, tvOS, watchOS, and new macOS Catalina for it all products. Various features were added in these new software updates. The unexpected, exclusive OS for iPad – iPadOS is a great initiative to take iPad to the next level. Just like macOS, last year, brought dark mode, this year with iOS 13 and iPadOS 13 Apple brought Dark Mode, accessibility and several other hidden features to iPhone and iPad. But here we are going to tell you the features added in Apple Music with iOS 13 and iPadOS that no one is talking about.

You might have noticed the volume HUD is upgraded and now you won’t have to deal with the annoying volume indicator which was cover the middle part of the screen. The interface of Apple Music App is completely changed and the whole new design has been implied. The option of viewing lyrics of the songs is updated and you will see the real-time lyrics of the song according to its timeline just like subtitles in the movie. And with dark mode Music app is completely looking amazing.

The way we used to look at the Apple music has changed, you will notice a bit of change in the Apple Music app. The size of the image tag has been slightly decreased. The lyrics option which was accessible by scrolling upward in the music player now got its dedicated icon whereby tapping you can open the lyrics of the song if available.

It notifies when you add a duplicate song to a playlist

It was annoying earlier when by mistakenly if you add a song twice in a playlist then it will remain in there and will be played twice but now with iOS 13 the Music app will warn you if the song is already in your playlist.

As we said that UI has been upgraded with Dark Mode to a whole new level and the lyrics option has got the update too. When you open the song that is playing, you will see an option at the down left corner. When you click on that option you will get the real-time lyrics which will be scrolled automatically according to the timeline of the song.

Apple Music smartly notices your choices in music and recommends the music you may like. So you will get the best new songs suggestion that matches with your taste in the music.

As we all know iOS 13 has brought new Bluetooth feature to connect with accessories. Now you can also connect your iPhone device to play music on two different Bluetooth sharing devices at the same time.

The final version of iOS 13 is slated to release in the fall later this year but Apple recently rolled out public beta so if you wish to install iOS 13 public beta you can get your hands on these new features before its official release.