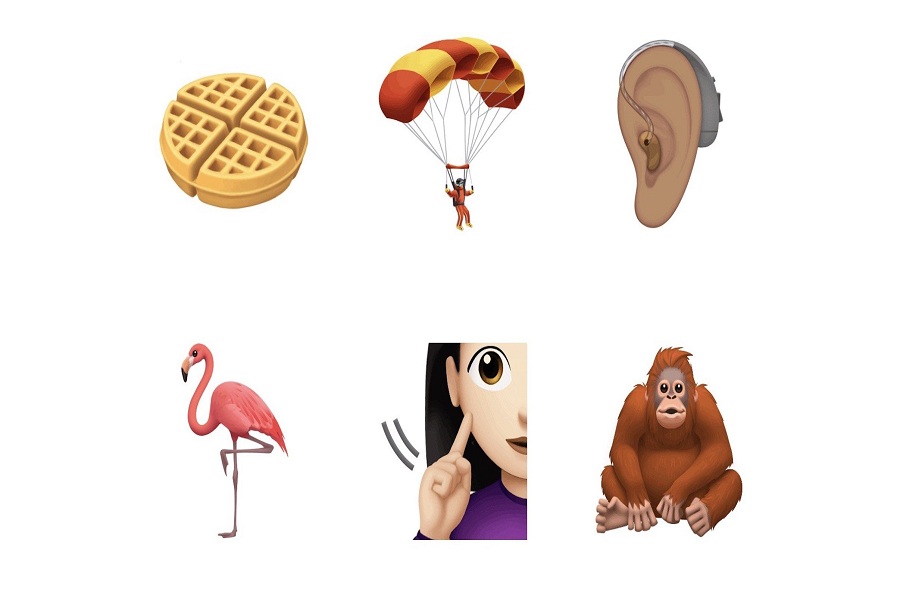 Today is the World Emoji Day and Apple has announced a gift to its users on this occasion. Apple on its official newsroom says that almost 59 new emojis will be available with free software for iPhone, iPad, Mac, and Apple watch i.e. iOS 13, iPadOS, macOS Catalina, and watchOS 6.

The major updates have been done to the “Holding Hands emoji” which earlier used to show couples and relationship but now users will be able to select any combination of gender, with the addition to skin tone, to customize the people holding hands now Apple will open up more than 75 possible combinations. This powerful update to ‘Holding Hands emoji” encourages more inclusion and diversity.

Another highlight of the new emoji is an addition of new disability-themed options and for this, Apples says it celebrates diversity in all its many forms. Regarding this Apple added:

“Following Apple’s proposal to the Unicode Consortium last year to introduce more disability-themed emoji, a new guide dog, an ear with a hearing aid, wheelchairs, a prosthetic arm, and a prosthetic leg will be available in the emoji keyboard. Celebrating diversity in all its many forms is integral to Apple’s values and these new options help fill a significant gap in the emoji keyboard.”

Several other emoji categories will also be added with new smiley faces and other icons including a yawning face, in apparel one piece-piece swimsuit, Indian saree, and safety jacket. The animal category shows flamingo, skunk, orangutan, and sloth, while new food emojis include butter, garlic, waffle, falafel and in others, a Sitar (an Indian musical instrument), kite, a man with the parachute, and a pulley toy have been added.

So in total, Apple has a plan to add 59 new emojis that will include 75 combinations in gender options of holding hand character emoji and over 230 options when skin tone options are taken into account with the same emoji character. Apple may add some new characters in disability-themed options, undoubtedly Apple has filled the gap by adding such emojis to the keyboard but still, some other can be added by Apple with the software updates.

Apple hasn’t specified about the availability of these emoji set with iOS 13 and other software updates announced on WWDC 2019. The iOS 13 public beta is already available and Apple may tease these emoticons in its next public beta update. Officially, Apple’s said that these new characters will be available to all users in the fall this year so we can expect them with iOS 13 final update or iOS 13.1.

Apple’s 2019 iPhone 11 is set to launch in its September event but any particular date of the event is not finalized yet. With the availability of iPhone 11 in October, we may expect iOS 13 and these updates of emojis.

Apple moves AirPods production to Vietnam to cut China reliance
What’s FaceApp? How To Use it On iOS Devices For #AgeChallenge
Comment