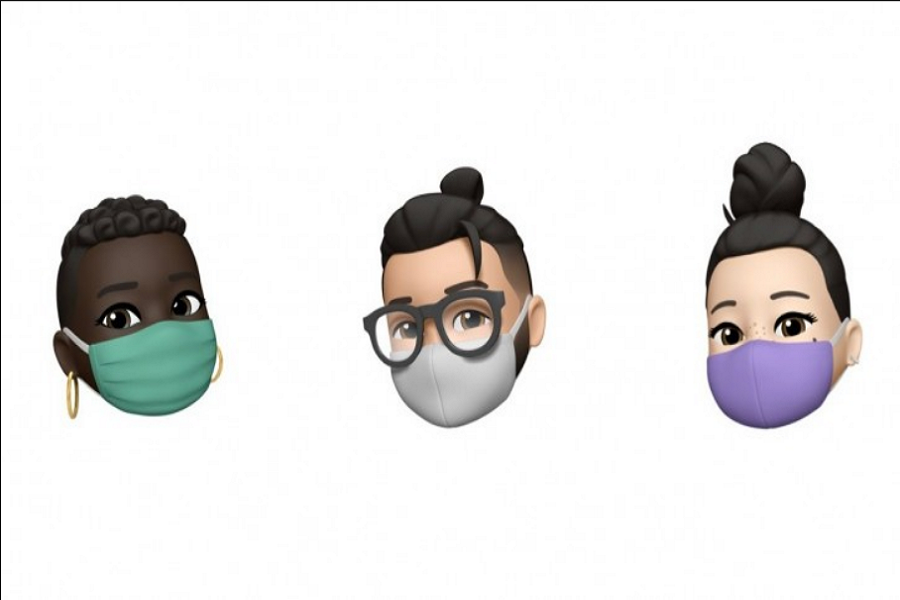 We know that the World is still not doing great because of COVID-19 pandemic, and a lot of institutes and agencies working too much hard to spread the awareness. One of the major things to keep you safe from the deadly Coronavirus is to wear a face mask.

Many celebs and Government agencies are suggesting people wear a mask when they go outside. To join the awareness program, Apple joined the hands and added some colourful Face Wearing Emojis to iOS 14.

Yes, that’s true! As we know that July 17 was the celebrated as the World Emoji Day, Apple took this day as the opportunity to showcase some amazing upcoming iOS 14 emojis. So Along with three masks wearing emojis, Apple showed 12 other new emojis which is going to be on the next iOS 14 update.

In the other 12 emojis on iOS 14, the Cupertino-based company have added the include symbols for the Dodo bird, nesting dolls, pinata and tamale. There is also the “Italian” pinched hand gesture, boomerang, ninja and a coin that reads “The Crazy Ones” with a 2021 denomination and a Bald eagle in the middle.

Alongside, Apple also did the great job with the addition of the anatomical heart and lungs as well as one for a beaver, transgender symbol and bubble tea.

So if you often use iMessage on your iPhone, then you will soon be able to use these new iOS 14 emojis. There is no news from the Apple about the release these emojis, but we can expect that it on the iOS 14.1 or 14.2.