Home » Can you use Android Studio for iOS? 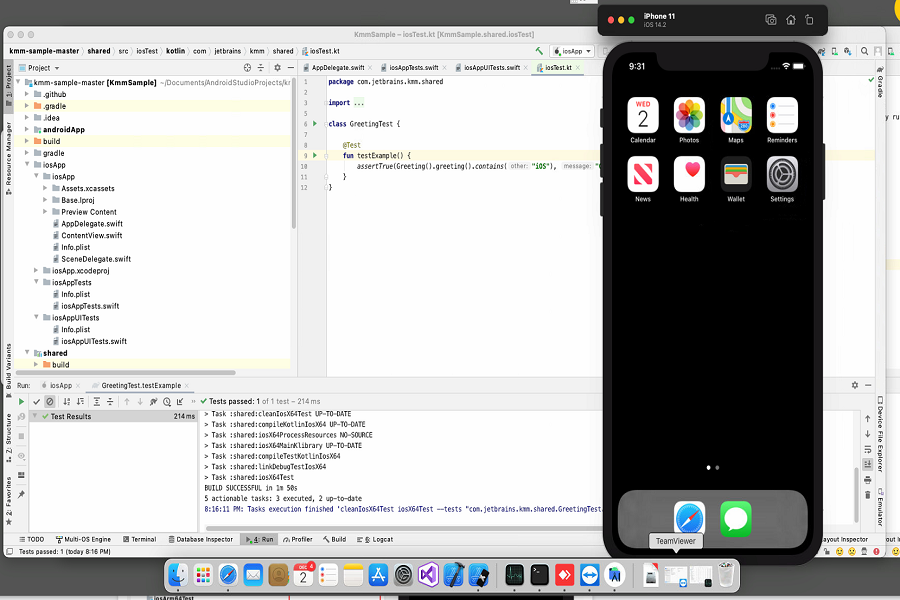 Are you an app developer and wondering whether you can use Android Studio for iOS or not? Well, the simple answer is NO. Since Android Studio is ideally designed for Android-based devices, this APK cannot be used on iOS devices, owing to platform restrictions.

However, since nothing is impossible in the world and it is no different. Developers worldwide have conducted in-depth research and added new ways to use Android Studio for creating iOS apps. Keep scrolling the page to know what modules should be added to give Android Studio a cross-platform functionality.

What is Android Studio?

In 2020, it will be accessible as a free download and a subscription-based service for Windows, macOS, and Linux. This OS gets intended to be the default IDE for native Android app development, replacing the Eclipse Android Development Tools (E-ADT).

Here’s the comprehensive guide to the features that make Android Studio worth exploring. Let’s have a look.

Android Studio, based on Intellij IDEA, ensures that your writing and execution workflows get completed as quickly as possible.

With powerful code completion, refactoring, and code analysis, the code editor may help you write better code, work faster, and be more productive. Android Studio generates a dropdown list of suggestions as you enter. To enter the code, simply press Tab.

The Android Emulator allows you to prototype and tests your app on a variety of Android device configurations, including phones, tablets, Android Wear, and Android TV devices.

Project and code templates are included in Android Studio, making it simple to incorporate well-known features like a navigation drawer and view pager. Start with a code template or search for examples by right-clicking an API in the editor and selecting Find Sample Code.

Android Studio has a static analysis framework that includes over 365 different lint checks throughout the project. To help you test your Android apps, Android Studio includes JUnit 4 and functional UI test frameworks.

The project structure in Android Studio and the Gradle-based builds give you the freedom you need to create APKs for a variety of devices.

Android Studio works with version control solutions like GitHub and Subversion to keep your team up to date on projects and build changes.

With step-by-step instructions directly inside Android Studio, it helps you connect your app to Firebase and add services like Analytics, Authentication, Notifications, and more.

How to create iOS Apps with Android Studio?

Although you cannot run Android APK on iOS directly, there’re plenty of other ways to make them compatible. Carry out the process mentioned below to create iOS apps with Android Studio.

It is an open-source framework that allows Java developers to construct Android and iOS apps (or Kotlin).

Steps to add the plugin

Adding an iOS view layer via Multi-OS Engine is simple if you keep your Android project in a clean architecture.

The following steps for enabling iOS compatibility can get completed at any stage during the development of an Android app. You may either start with iOS right now or add it later.

Step 2: Add an iOS module based on Java (or Kotlin) to your Android project.

That’s all for now!! We hope our in-depth guide of Android Studio will help you create the apps. Android Studio is designed specifically for Android and enables you to develop high-quality apps for any Android device. Feel free to connect with us if you face any queries regarding the same.