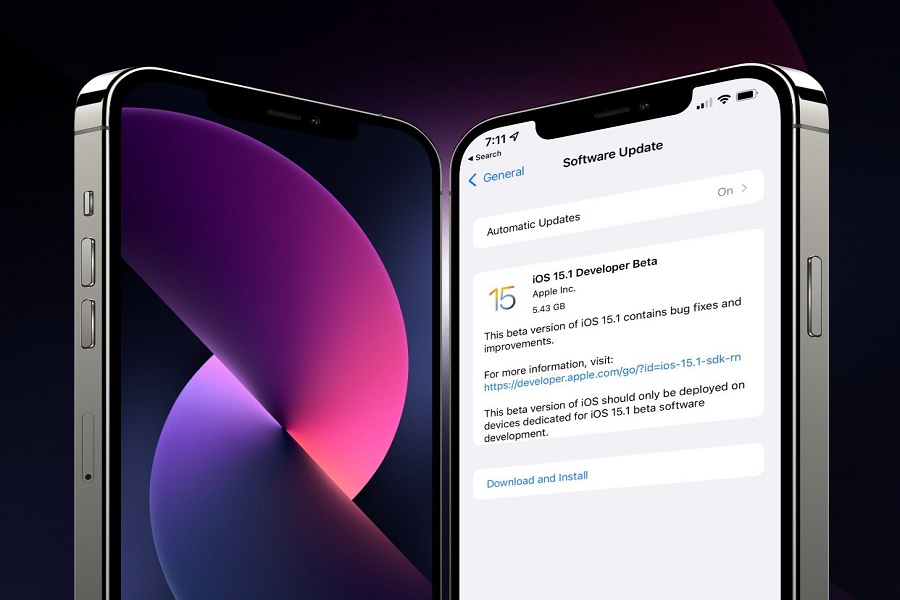 After Apple released iOS 15 and other operating systems worldwide on Monday, a new beta, i.e., iOS 15.1 beta phase, started just one day later, with iOS 15.1. There are a bunch of new features in iOS 15 already, but new features are also noted with Apple’s iOS 15.1 beta 1. Here, we have summarized new features that you will witness in this new phase.

FaceTime is reformed with iOS 15 as it allows many new possibilities. A new feature called SharePlay was tested for iOS 15 beta but was removed from the official launch as it was still causing a few problems and wasn’t functioning properly. In iOS 15.1 beta 1, you will be able to watch movies and listen to music along with your friends or family via FaceTime calls. SharePlay also permits users to share screens while on FaceTime calls. This FaceTime feature can be used on iOS 15.1, tvOS15.1, and iPadOS 15.1. If it works without any error, we will get this feature in the official iOS 15.1 release.

COVID-19 Vaccination Card in The Health and Wallet App

iOS 15 allows users to download authenticated health data in Health App. So, you can download and save essential health reports, and one of them is the vaccination of COVID-19. Along with Health App, this vaccination certificate can be saved in the Wallet app to make it even easier to show the vaccination card at various places such as restaurants, hotels, airports, and others where it is required. However, the whole thing is related to a few requirements. You may find more details at Apple’s official site.

Announce Call is a new feature that enables the announcement of a caller’s name. This feature will be available in Phone app settings, and you can set it for “Always,” “Headphone and Car,” “Headphones Only,” and “Never.” In iOS 15, this feature is available in some regions

In iOS 14 updates, Dolby Atmos with Spatial Audio and Lossless Atmos were added. The HomePod 15.1 beta 1, which is an offshoot of iOS 15.1 beta, also adds support for Dolby Atmos and Lossless Audio with Spatial Audio. This feature is available on HomePad Mini and HomePod. Apple Digital Master may not be available for now today. More significant changes will be made with the official launch of iOS 15.1.

On Tuesday evening, Apple rolled out the first preview of iOS 15.1, iPadOS 15.1, tvOS 15.1, watchOS 8.1, and the seventh beta of macOS Monterey. Several iOS errors were corrected in 15.1, and improved performance and, of course, a handful of new features were witnessed. Among all these, SharePlay is the one that is most talked about. We will keep you updated about everything you need to know about SharePlay once few details are unveiled.

As of now, which apps will support SharePlay is unknown, but Apple’s all entertainment apps such as Apple TV+, Apple Music, and rented movies will be supported. Will Netflix support SharePlay on FaceTime? Well, it is still not announced.

How To Change Safari Background In iOS 15
What Apps Support SharePlay on iPhone?
Comment